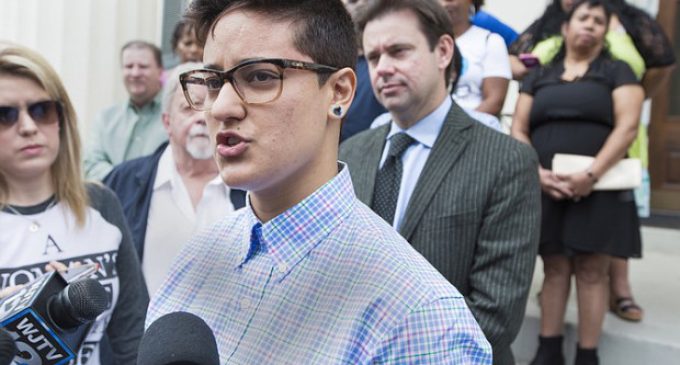 Donald Trump positioned himself as the law and order candidate at last year's Republican National Convention. This week, we got a glimpse at what that might look like.

For years, it has been far too easy to flaunt lawlessness in public. From celebrities openly talking about drug use to protestors vandalizing city streets, it seemed as if the government didn't have an interest in responding to high-profile disregard for law.

But Trump's government is obviously working quite differently.

This week, an illegal immigrant held a press conference attacking Donald Trump's plans to deport criminal aliens illegally residing in the United States. Moments later, she learned that publicizing your illegal status is an incredibly stupid thing to do.

Read what happened after the press conference on the next page: