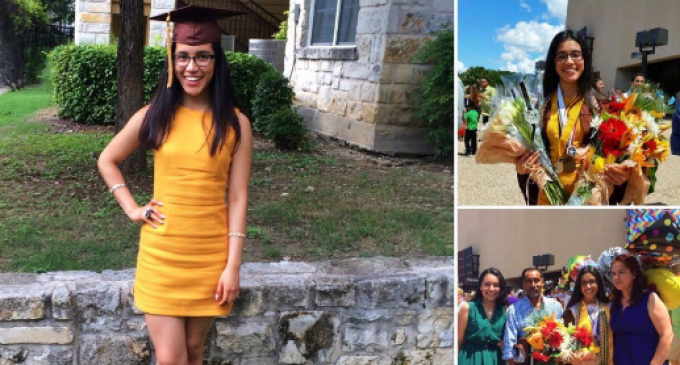 The American dream has been a magnet for millions upon millions of immigrants coming to the U.S. to breathe the intoxicating air of freedom and to seek their fortune. That spirit of daring and self-determination is what has made America great, and although politicians and parties have ensured there is less freedom today than in the past, there are still countless would-be immigrants clamoring to get into the country. Although the United States must limit the number of immigrants that legally come each year in order to effectively manage their successful assimilation into our society, this country welcomes far more immigrants each year than any other country in the world.

Unfortunately, there are elements in our society who have decided to cheat the system and to let special interest groups jump ahead in the line of legal immigrants, or to ignore the line altogether. Democrats often claim that conservatives hate immigrants, but that is a lie. Conservatives believe in the rule of law, and one law that should be obeyed is an orderly immigration process. Liberals not only encourage law breading, they reward it. And that means that scarce resources are allocated to the law breakers, often to the detriment of citizens.

In the Twitter postings below, you will see students who have done well in school, and who have or will receive six figure scholarships. They also proudly announce that they are illegal aliens (“undocumented” for the politically correct), knowing full-well that the political proponents of illegal immigration will celebrate the reward, and that no penalty will be exacted from these law breakers. For that is what they are, and we have established a standard that says law breaking is laudable, and can even be flouted.

Of course there is another aspect to this, and that is that American students will not have access to this money, since it is now parceled out to the law-breakers. How is this even logical? American students are taking on massive debt in order to pay for their educations. The wisdom in that is worthy of another debate, but when illegal aliens are getting $282,220 scholarships and bragging about their undocumented status for all to see, there is something wrong.

See more examples of these law-breakers and the scholarship amounts they will receive on page 2: