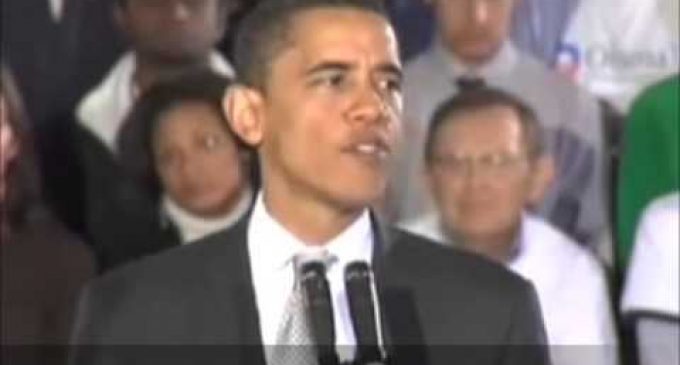 Missing in action, Obama has remained in Martha's Vineyard playing golf rather than caring for the victims of the Baton Rouge floods. The disaster has now claimed lives and destroyed the livelihoods of many Louisianians.  With as many as 100,000 losing everything in the floods, this disaster has been declared the worst since Superstorm Sandy.

Obama's hypocrisy is even more odious when one reflects on the comments made regarding Hurricane Katrina and President Bush's flight over the destroyed area to observe the devastation from above.

Obama's only flyover is when his golf ball just misses the water-hazard on the 9th hole.

Let's help Obama remember with a handy video flashback on the next page!

What about now Mr. Obama?  The hands of 100,000 Americans have been raised for help and all that you have in mind is your golf game.

Fortunately, the Internet doesn't forget and it won't let  our leaders forget. Check out the clip, next: