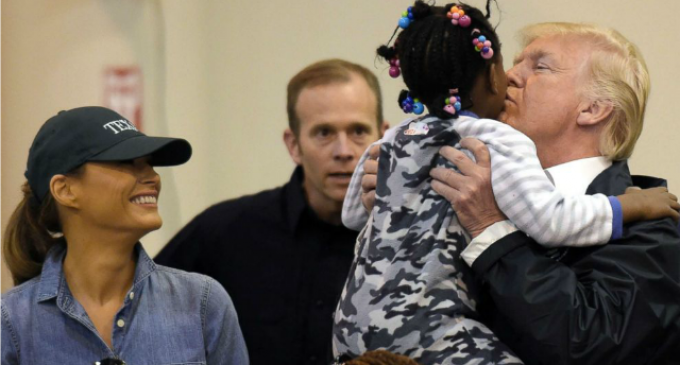 President Donald Trump’s initial visit to hurricane-stricken Texas last Tuesday to review rescue and recovery operations brought out Trump haters in the mainstream media and political world who bashed him for showing “too little empathy.”

His return visit last Saturday focused on meetings with Hurricane Harvey victims at shelters and in nearby communities. The responses there were totally different, and even the hostile media couldn’t suppress the heart-warming footage.

In between those visits, the White House announced that President Trump will donate $1 million from his personal funds to help recovery efforts.

Unlike the lack of coordination seen in the Bush administration response to Hurricane Katrina, this time the federal government, the state of Texas and the city of Houston all came together to provide an admirable effort.

Most telling has been the response of the storm victims who had direct contact with the president and First Lady Melania Trump. On the next page, find out how hearts were won and opinions changed.