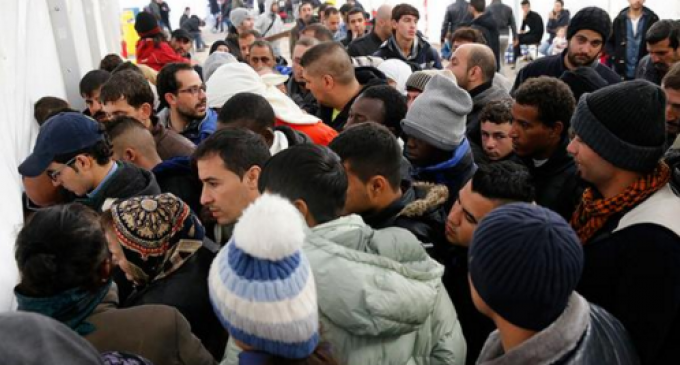 After ISIS’s latest barbaric attack, this time targeting civilians at an airport and subway station in the Belgian capital of Brussels, Europeans are quite understandably on edge.

According to the Associated Press, multiple European and Middle Eastern governments claim that the Islamic State has flooded the European continent with at least 400 trained jihadists.

Many experts estimate that number is closer to 600 fighters, not including ISIS sympathizers and those assisting the terror group in noncombat roles.  The November 13, 2015 Paris massacre was carried out by only seven terrorists.  This week’s attack in Brussels, which effectively shut down an entire country, was perpetrated by a mere three or four terrorists.  It only took nineteen jihadists to murder 3,000 Americans on September 11, 2001.

Even though the number from the AP seems quite low, it doesn't take too many to carry out horrific events.

A leaked government document reveals that upwards of 1.5 million migrants,  or 10,000 per day, is flooding into Europe this year.

And you mean to tell me there are only 400 ISIS fighters among them? This seems like obvious propaganda.

It is frightening to imagine the damage only 600 trained barbarians could do all over Europe, a continent, thanks to liberal policies, that effectively has no borders. Imagine if that number reaches into the 10's of thousands. Not something the mainstream media would care for citizens to know, as evidenced by the cover-ups we've witnessed so far.

It is clear from European government sources that the United States could very well be facing an all-out siege from Islamic fighters as well.  To read the alarming warnings from intelligence officials of future attacks and learn how a known “foreign terrorist fighter” was allowed to enter Belgium and carry out this latest attack, continue on the next page: