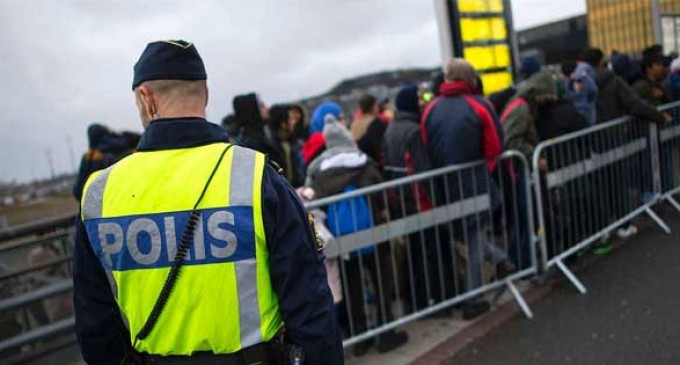 The immigrant crisis in Sweden seems to be much worse than has been reported, as Swedish newspaper Svenska Dagbladet, reports that the police have been covering up a multitude of offenses.

Using a classifed code to keep the incidents, which number in the thousands, that have been committed at asylum centers hidden from the public.  Such occurrences have been bomb threats, violence, mental illness and rapes and have been secretly classified under Code 291.

Svensak Dagbladet, the Swedish paper, wrote that the police have kept this information hidden from the public, perhaps because of the public outcry which would result if the sheer number of crime was made public.  However, the information is now available and certainly appalling.

On the next page, read the dramatic numbers of crime that the code 291 has kept secret from new sources and the public.  The immigrant centers are not places of safety for refugees, but hot beds for crime.