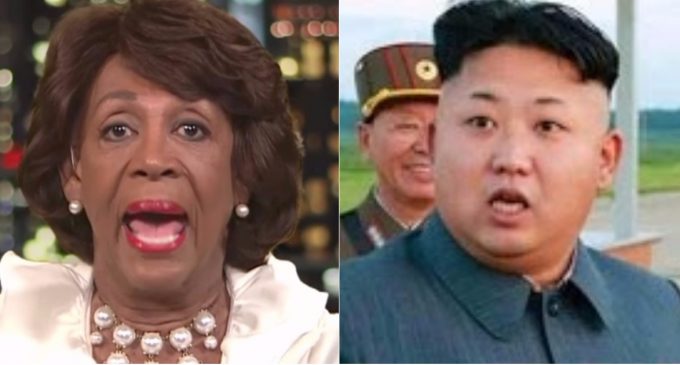 President Donald Trump may be the politician with the most prolific Twitter account — but former Arkansas Governor Mike Huckabee also has a way with words on social media. He definitely knows his way around a scathing one-liner.

The target of his latest tweet is Rep. Maxine Waters. And she has certainly given him lots of fodder over the past few months.

Most recently, she claimed that the United States government should consider the needs of North Korea, claiming “diplomacy” could appease Kim Jong-un into avoiding war. The comment was made in response to Trump's promise to rain “fire and fury” on North Korea should they launch an attack on another country — proving Waters would rather support Kim Jong-un than side with Trump.

Governor Mike Huckabee has apparently had enough of her anti-Trump, anti-American talking points.

See how the governor countered Rep. Waters' ridiculous comments on the next page: