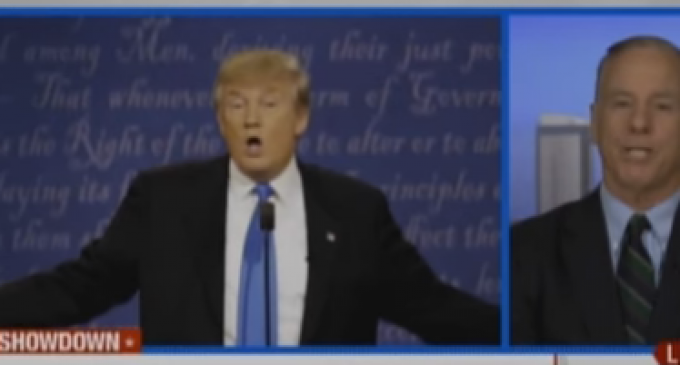 Apparently, there is no depth that the Democrats won't sink to in their desperate rush to smear Donald Trump before the election in November.

While failed presidential candidate Howard Dean is in no place to criticize Trump, the stalwart Democrat has jumped on the bandwagon and heaped scornful comments on the GOP nominee. While this in and of itself is hardly a surprise, the former Governor of Vermont took his criticism one step further and accused Trump of something truly beyond the pale.

Now Trump has been called a racist, a sexist, an Islamophobe, and any number of other detestable names, but one of the few things he hasn't been called is a coke fiend. At least, until Dean had his say on Twitter, where he openly speculated that the Republican candidate's runny nose during the Monday debate might have been due to him snorting coke beforehand.