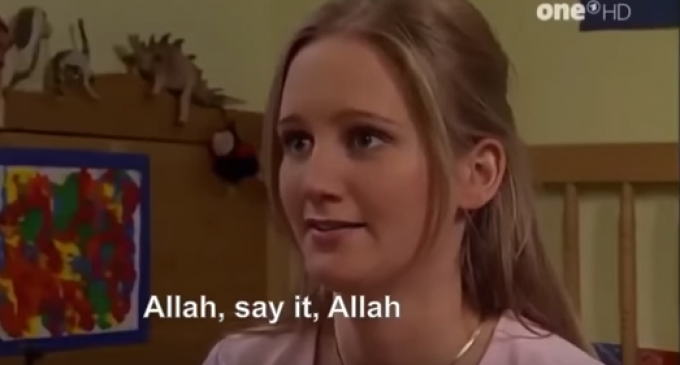 German Public Television has a message for you and your young children, we are all Muslim deep down. The re-education attempts on the New World Order could not be any more clear.

The only way the West will ever be controlled is by destroying the indigenous population and replenishing with crime-prone migrants from war-torn countries.

Resisting primitive attacks on the rights of women used to be seen as a badge of civilization, but now under the far-left indoctrination program, they can be used to ostracize and condom those who hold true to Judaic-Christian values.

Paul Joseph Watson has compiled a stunning compilation on how Germany is already being transformed into an Islāmic oasis where the indigenous culture is being penalized for desiring to practice their cultural way of life without fear of losing their lives.

All one has to do is view the chilling words of the far-left German politician proudly proclaiming the successful implantation of the New World Order in Germany to realize this day is already upon us.

“I hold that in 20 years there will no longer be [German] majority cities!. And I want to make it very clear, especially towards those right-wingers, it is a good thing!”