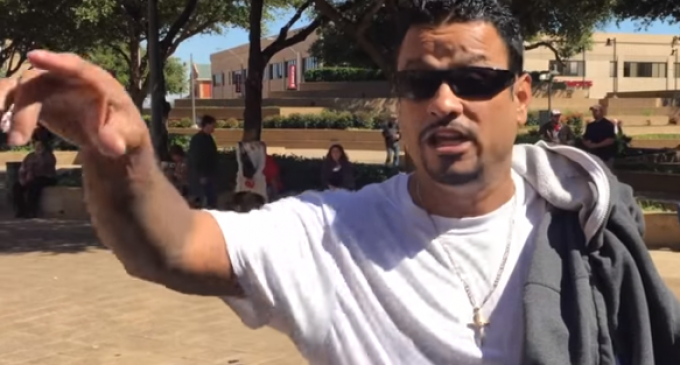 Donald Trump may be touting his strength with Hispanic voters in nearly every debate and interview nowadays, but it's undeniable that many within the Latino community have no intention of voting for the billionaire businessman after his comments on illegal immigrants' penchant for drugs, crime, and rape.

In fact, many are unwilling to let him get elected at all, and are trying to intimidate the candidate and his supporters with vague threats and bully tactics at anti-Trump rallies across the country.

So where do the hearts of the Latino community really lie? Donald may be polling well with GOP Mexican-Americans, but — if the following video is any indication — he's clearly got some work to do reaching out to the majority who find themselves on the other side of the political spectrum. Considering his surprising cross-party support he's gotten so far, that many not be out of the question.