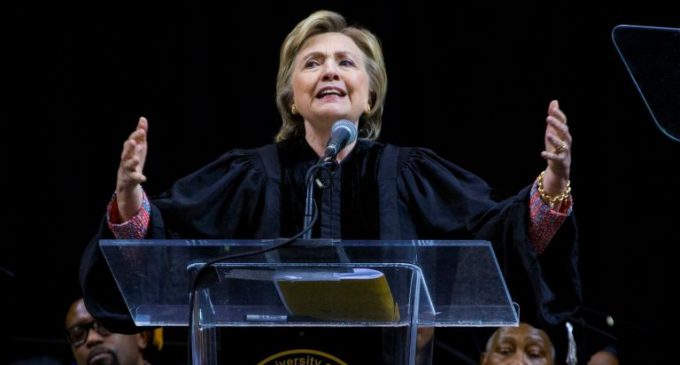 If Hillary Clinton were a stock you owned, you'd be taking a beating. She hit her high when she was running for president and almost everyone was convinced she was a shoe-in. In fact, we can all remember the celebrities and television talk show hosts treating Donald Trump's candidacy as a joke. And they were not shy about it, either.

Staying with the stock market metaphor, that was the time to sell Hillary. Or even better, to sell her short. Because it's been downhill from there.

Her stock cratered when America, and then Hillary, realized that she lost the election that she couldn't lose. After all, she went all-in on this president thing. So it is easy to forget that she also served as a US senator and as secretary of state. Those accomplishments have faded behind the headline of “Former Failed Presidential Candidate Hillary Clinton.”

Actually, if you want to really put a point on it, she failed twice.  Once to an upstart US senator from Illinois, then to a billionaire TV star and business mogul with no political experience. Ouch.

And Hillary's stock continues its decline. How? That's on page two.