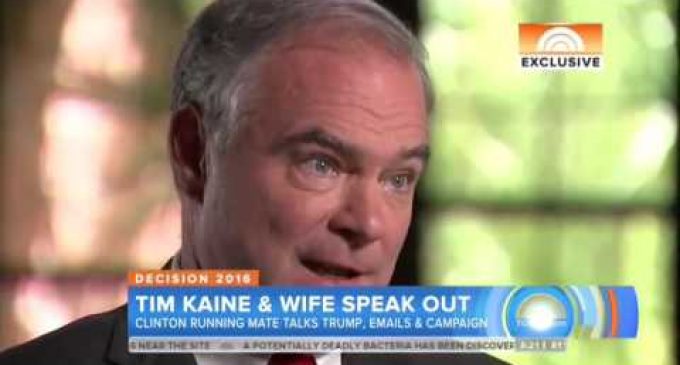 Hillary Clinton is not trustworthy according to recently polling, but even more damning, her own VP Tim Kaine is not able to assert that people should trust her.

In an exclusive interview on the Today Show, Tim Kaine was asked directly about the lies that Hillary has told the American people and whether she has earned the mistrust.

In typical dodging fashion Kaine explained, “If you are asked a question 150 times or 200 times, you're going to be able to find that they don't use exactly the same word every time.  There's going to be variations and then, people are going to play on those.”

But wait, she repeated the same phrase over and over again, without variation regarding here emails, saying that she did not send or receive any material marked classified.

There is no variation in this statement and the facts have come out that she did both, making her claim a lie.

View the interview and Kaine's inability to say that Hillary should be trusted on the next page.