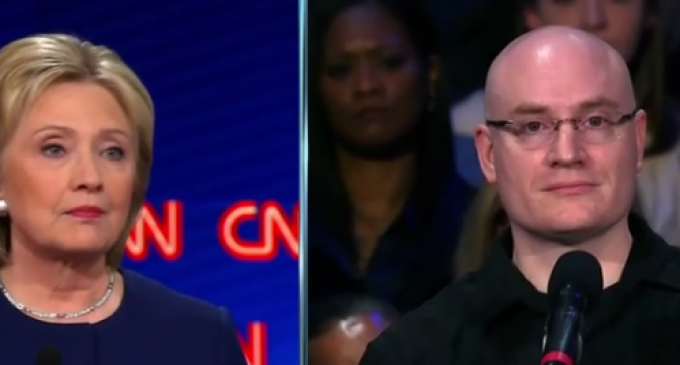 Hillary Clinton's response to “What will you do to address the epidemic of mass shootings in the United States?” at the CNN debate on Sunday, was classic liberal babble.  She begins by pulling out her broad paint brush and using it to color her entire answer with leftist logic and lumps all into the term “people”, thus portraying the law abiding citizen in the same culture and light as the “killer”.

Hillary responded to the question posed, as follows, “Ya know, on average, 90 people a day are killed by gun violence in our country.” This of course does not address the question of epidemic mass shooting posed by the debate moderator.

“I think we have to try everything that works to try  to limit the numbers of people and the kinds of people who are given access to firearms.”  What kinds of people does Hillary mean?  It seems she has law abiding citizens lumped in with criminals.  What numbers is she talking about?  Her vague answer is telling, as she truly implies all people must submit to her gun-free America, as we all fit into her definition of kind.

Not furious yet?  Move to page two and continue fueling your hate fire.