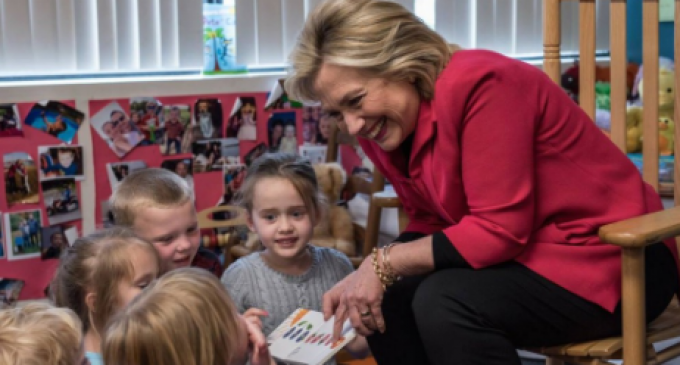 If Hillary Clinton is allowed to become president, the United States is liable to become a dystopian society that combines the worst of both 1984 and Brave New World.

In the eyes of the former Secretary of State, there is no problem too small for the government to stick its nose into (well, aside from abortion or, as she and her supporters call it, “a woman's right to choose”). Everything fits within the purview of the state, and anyone who disagrees must be some kind of anti-social deviant likely to engage in criminal activity.

This is why most of Hillary's policy proposals involve the government taking a greater role in the life of the individual. From welfare to healthcare, she is a progressive's progressive who thinks she knows better than any of her fellow Americans about anything. And included among these Americans, of course, are parents.