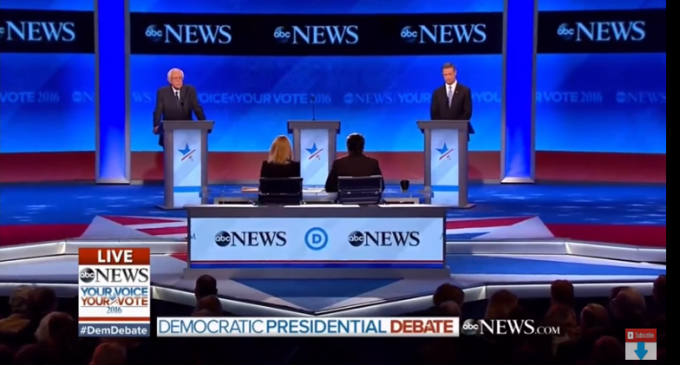 Hillary Clinton was late in returning to the debate stage after a commercial break. The reason? bathroom shyness.

But this is only the latest in a string of recent gaffes on the part of Hillary Clinton. She has recently said that Donald Trump is “ISIS’ best recruiter” and has been implicated with being involved in the Sanders’ campaign’s shutout from the DNC voter database.

Clinton is already proving to be as flagrantly uninterested in the interests of the average citizen as Barack Obama has been. This latest gaffe only proves how high her nose reaches.

Find out more about Clinton in the bathroom on page 2.