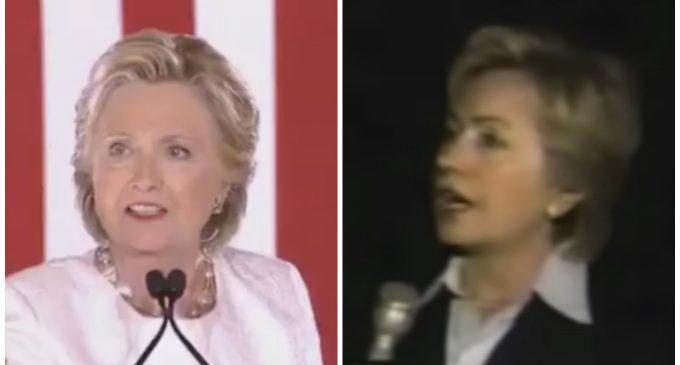 During a rally in Tuesday night in Florida, Hillary Clinton lied.

Wait a second, that’s not surprising. That’s like saying the sky is blue . . . unless you’re a liberal, in which case you’ll probably say “the sky is green” and “how dare you discriminate against it.” At least you can say this about Hillary Clinton, she’s consistent. She’s a consistent liar, a consistent hypocrite and most of all, she’s a consistent criminal. Unlike most of her past lies, which have somewhat intricate and easy to believe for the lazy minded, her latest lie is so far-fetched and comes at a time when she’s seeking as much sympathy as she can get, that you would have to be the world’s biggest idiot to believe it.

During her rally in Florida, Hillary claimed that she was in New York City on 9/11. The only problem is that she wasn’t. Not even the media can back up this claim, because many of them wrote sob stories about how she was in Washington that day.

Find out what this story said on the next page.