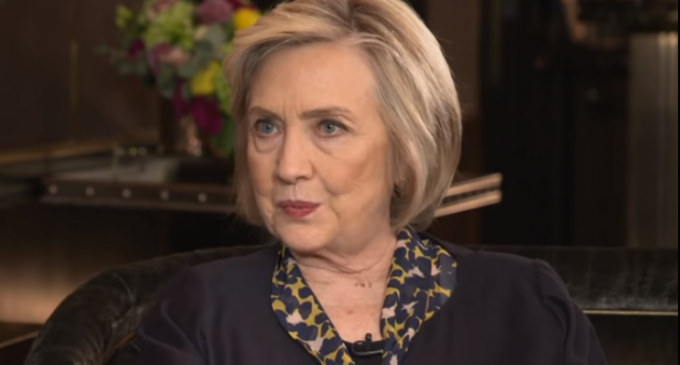 If she thought she could regain the Blue Firewall in the Midwest, AND she got it in writing that all the other candidates would endorse her, AND she knew for certain that Tulsi Gabbard would not then run as a third-party candidate, AND she was assured that the Deep State and the House of Representatives could continue this impeachment circus long enough to drive down Trump’s poll numbers, then maybe…JUST MAYBE…she would consider running.

I believe Hillary Clinton, however, won’t run for one reason that puts all these other positive developments (if they were ever to materialize) in jeopardy.

Hillary Clinton, three-time loser (once to Barack Hussein Obama, once to Donald Trump, and once to the Electoral College electors) won’t run for this upcoming election because she’s simply terrified of being rejected once again by the American people.

Turn to the next page to read about how some reporters are positioning to force her hand, shaming her in a way to get into this race and how she claims she'll “never say never” when it comes to one more shot at the title!