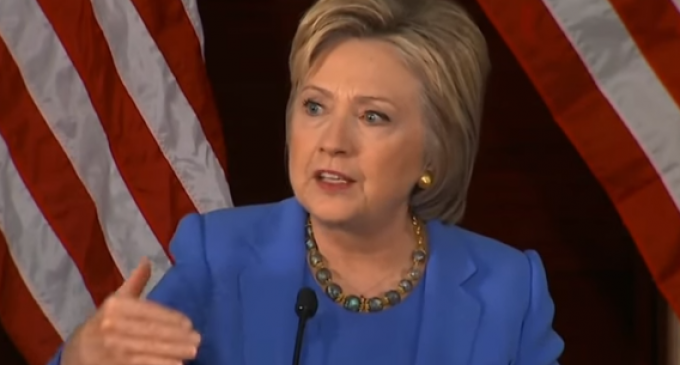 In a disturbing but familiar liberal trend, Hillary Clinton continued to espouse Barack Obama’s fantasy that ISIS and other Islamic terror groups have absolutely no relation to Islam.

Liberals have been telling us for years now that white Christians are far more of an existential threat than Islamic jihadists.  In a shocking example of the left’s willful ignorance to the danger posed by Muslim terrorists, only days after the deadly terror attacks in Belgium, Barack Obama patronized the American people by lecturing them about how their bathtubs are more of a threat than terrorists.

Hillary Clinton—running on the platform of a third Obama term—attended a roundtable meeting of the Muslim Public Affairs Council this Thursday meant to discuss the threat of Islamic terror, and what moderate Muslims can do to combat it.

Predictably, the harshest rhetoric of the meeting was not focused upon the terrorists themselves, but instead aimed at Republicans, whom they accuse of marginalizing “moderate Muslims.”

To see why Hillary blames America for moderate Muslims not speaking out against Islamists, and watch who the leader of the conference calls “haters,” watch the video on the next page: