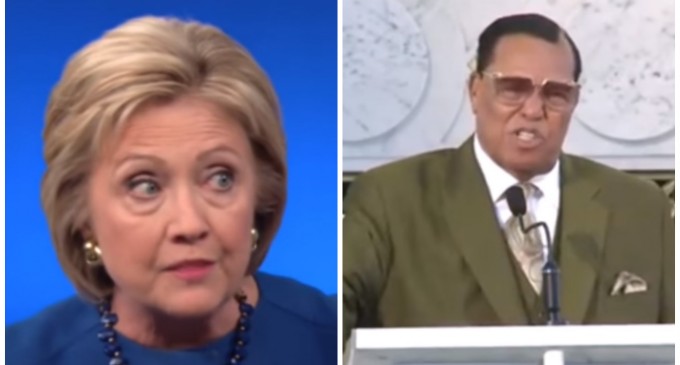 Minister Louis Farrakhan is a bigot and a race hustler who pits white against black, and he has made a very comfortable living working the grievance circuit. But once in awhile even Farrakhan gets it right, and the video below is a call to fellow African Americans to not get taken in by opportunist Hillary Clinton. She seems to have plenty of support from the black community, but it is hard to understand why that might be.

Farrakhan recites a list of violations committed by Clinton and husband Bill and suggests that black voters need to consider why they would support her, given that many of the ills experienced by those in the congregation were as a direct result of policies launched during the Clinton administration.