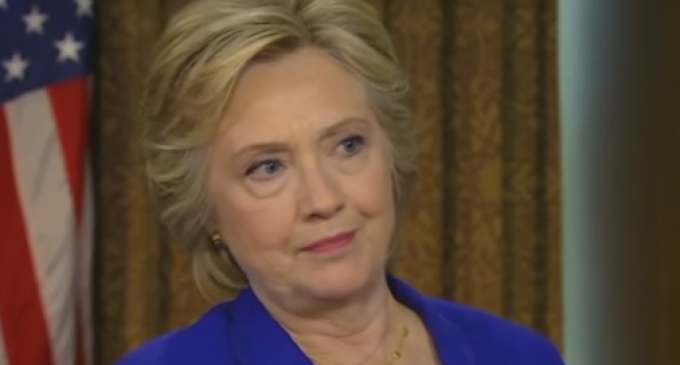 Anybody who still harbors doubts about the threat Hillary Clinton poses to their Second Amendment rights would be well-advised to take a look at what she had to say about the matter in an interview on Fox News.

Speaking with Chris Wallace, Hillary proved to be as slippery as ever during her time on the program. Confronted by Wallace about the missing 30,000 emails from her private server and the fact that her policy proposals amount to more of the same, failed policies of the past 8 years, she alternatively shrugged his questions off by, in classic Clinton fashion, mouthing meaningless platitudes and feigning ignorance of her own actions.

Nowhere was this display more shameful than when Wallace asked her about certain past remarks she made about guns. As the host pointed out, despite her reassurances that she's not hoping to take away anybody's guns, the Democratic candidate infamously said this at a fundraiser for her campaign: “The Supreme Court is wrong on the Second Amendment.”