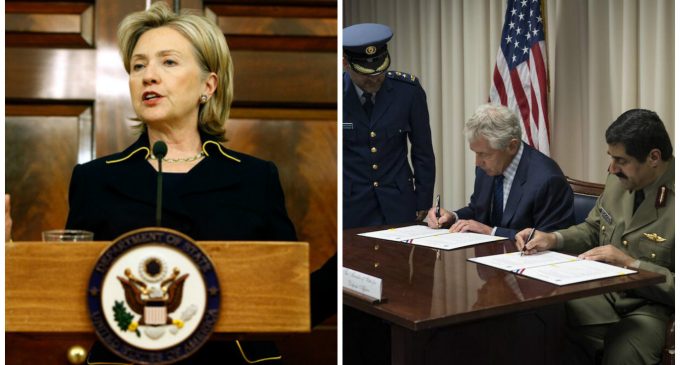 Attempting to sort out the players in the Middle-East is almost an impossible task.  Deception and subterfuge are simply standard tools used by regimes and groups as they advance their causes and seek to accomplish their political, religious, and military objectives.  Though we don't recall who, it was a Middle-East leader who said, effectively, that whatever appears to be going on in the Middle-East isn't what's really going on.

Into this menagerie of conflicting and shifting alliances, European powers and, more recently, the US have inserted themselves both in terms of financial support and in terms of military intervention.  That we've frequently gotten it wrong comes as no surprise.  Even if we do figure it out, many of the loyalties and alliances of the various actors in that region are not static, but are changing, guaranteeing that our efforts are likely to fail or backfire.

For example, while we might claim to be fighting terrorism as practiced by ISIS, we combat ISIS in one area while fighting the opponents of ISIS in another.  Which means that you can almost guarantee that arm shipments are going to fall into the hands of our enemies resulting in the absurd situation of our fighting against forces that are using weapons we provided.

The US just sold $11 billion worth of patriot missile parts and Apache helicopters to Qatar, who it acknowledges is a supporter of terrorism, including a Muslim Brotherhood group with connections to Hamas.

Tell us that makes for a successful Middle-East policy.  More on page two.