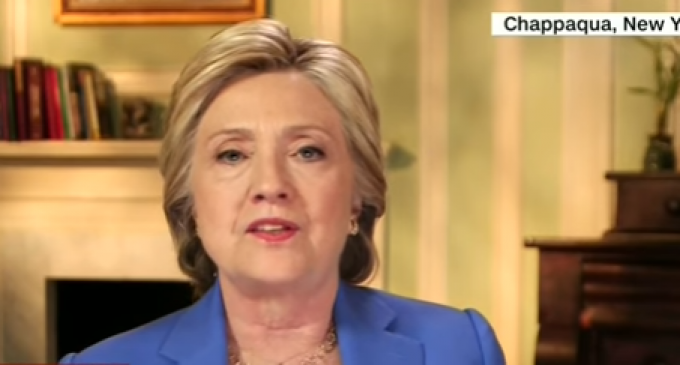 Not able to give a straight answer while setting the record straight, Hillary Clinton told CNN's Anderson Cooper that the Clinton Foundation had “absolutely, overwhelming disclosure” in regard to the proper disclosure of donations, but in the same breath said, “Were there one or two instances that slipped through the cracks? Yes, but was the overwhelming amount of anything, that anybody gave the Foundation disclosed?  Absolutely.  And I'm proud of the Foundation and the work that it has done.”

Out of one side of her mouth she claimed pristine disclosure and the other side “instanced of improper disclosure” which she as the Secretary of State.  This double-speak is precisely why Hillary Clinton is untrustworthy and unsuited for the highest office in the land.

An ethics complaint has been filed against Clinton, by the Foundation for Accountability and Civic Trust, where it asks the Office of Government Ethics to “conduct a full investigation into the Clinton's ‘apparent breach of ethics rules'”.

View Hillary dodge Cooper Anderson's questions regarding the Foundation, on the next page.