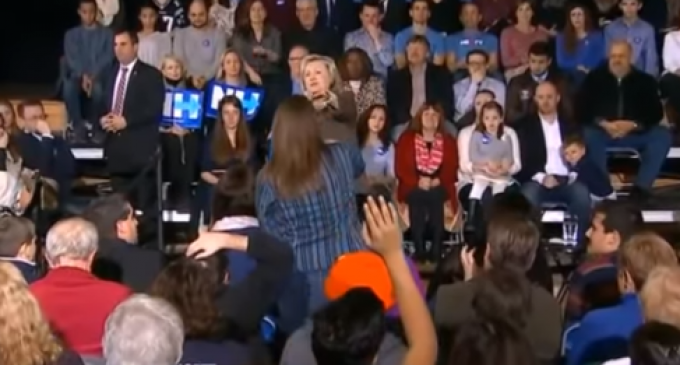 Hillary Clinton accidentally shed her warm, fuzzy grandmotherly façade at a recent town hall in New Hampshire when she told an attendee she was very rude, adding, “I won't ever call on you.”

What she may not have known at the time was that that “rude” citizen was none other than Republican State Rep. Katherine Prudhomme O'Brien.

Not that that may have mattered, as Hillary has delightfully called the Republican Party her “enemy” in front of millions at a recent Democratic debate.

In this instance, it was likely the question that irked Mrs. Clinton, rather than the questioner, as Katherine Prudhome O'Brien was attempting to grill Clinton on Juanita Broaddrick, the woman who claimed she was raped by Bill Clinton in 1999.

See Breitbart's report on the town hall on the next page: