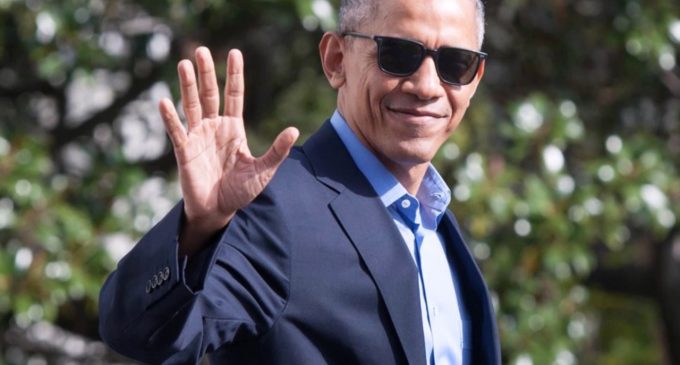 Barack Hussein Obama has remained on the political scene as a constant reminder of our terrible our country was when it came to a host of hot-button issues, including national security, immigration, law enforcement, foreign policy, terrorism, refugees, taxes, healthcare, and racial division.

As can be seen by the way that America voted in the last election, the country had had just about enough of the Party of the Jackass and its useless, weak and embarrassingly insulting policies.  With the exceptionally humiliating number of election losses and governmental body turnovers in the eight years of the Obama regime, it’s no wonder that the United States appears to be on the verge of a complete repudiation now of the Swamp in DC as a whole.

The Republican Party has been handed a gift in the way of all the power they have whined and moaned about since…well, since I can remember.  McConnell and Ryan, for as much as they have been given by an American people who have been generous enough to entrust them with our interests, have failed on a scale not even able to be imagined.

But looking at this from the perspective of a Democrat or a Fake News Industrial Complex producer of alternate facts, Obama was the Savior, Trump is Satan, the GOP are weak, Democrats are the answer to all our problems, and as far as they’re concerned, Hillary was railroaded.

In a new piece by Amie Parnes for The Hill, she proves that Fake News is either nefariously Leftist no matter what the facts dictate, or that she and her fellow Leftist buddies are completely oblivious to reality.

Read on the following pages her take on this story about how Barack Hussein Obama, the gentle, thoughtful and quiet leader of the Democrat Party is “delicately dancing” toward once again emerging from his Fortress of Solitude to raise his chin and look down on all his subjects as he steers the country in a brand new direction!