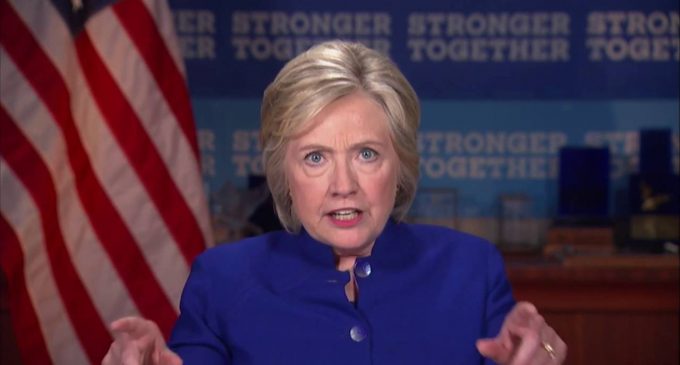 Hillary Clinton's email servers have been like those bags from Harry Potter that are endless and full of fun things. Once you've rifled through all of the things that should have put her in prison because she's a criminal and horrible human being, different sources have come across some interesting things not of the incriminating type but of the contradicting type.

For example, Hillary's ploy to pull Bernie Sanders supporters over to her side might have just backfired after it was discovered that she referred to them as “children of the Great Recession” who were “living in their parents' basement.” Okay, so maybe that's true, but it wasn't said with love. But what about her endless attempts to find common ground with the less fortunate. She might have taken some steps backwards after it was revealed that she requests SUVs with retractable running boards so it's “easier to get in and out of”. No wonder she believes in “white privilege” she seems to wear it like a badge of honor.

And oh yes, there's more. Find out what else on the next page.