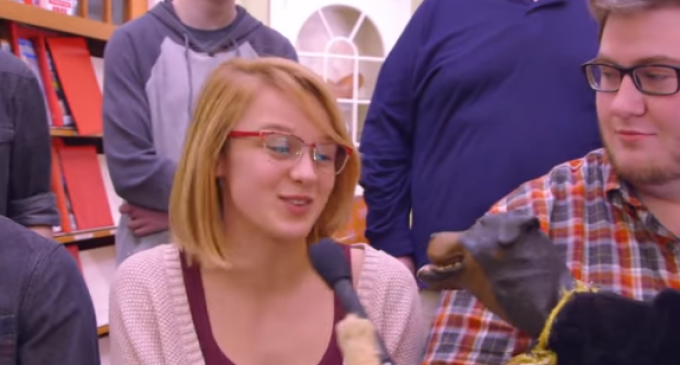 Never has there been a better example of the contradictions and hypocrisy of the politically correct than in the video on the next page.

For those of you who don’t know who Triumph the Insult Comic Dog is, he’s a puppet of a dog on a comedian’s hand, who used to have his own show on Comedy Central. Now, he just has the occasional special. And while the humor can be crass, yet, hilarious, it’s all meant to drive a point.