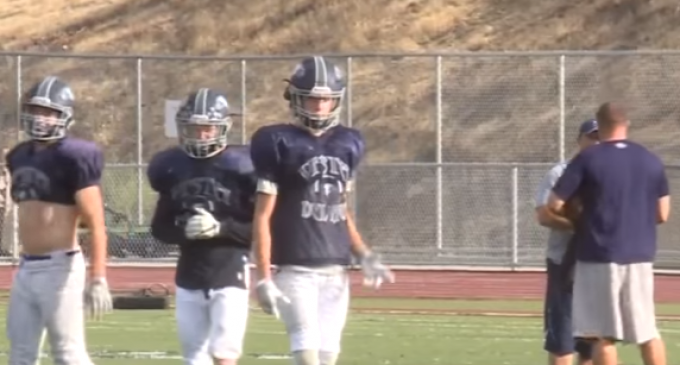 We can build children “safe places” and special prayer rooms for Muslim students in publicly funded schools and universities, but God forbid you chant USA.

The school’s principal sent out an email to families Wednesday and relayed the same message to students over the school’s P.A. system, clarifying any confusion. She told students and parents that sometimes “We can communicate an unintended message”

According to Vista Del Lago high school officials, sometimes when we say “I love America” we’re really saying “I hate everybody who is not like me”. Are they not teaching about the most successful immigration assimilation model of all time? A staple of American history? The great melting pot.

And what all else was in the dictatorial anti-American email-memo sent out to parents? Continue to the next page to learn more about this controversy and the school board’s answer to the furious parent's complaints, and who won.