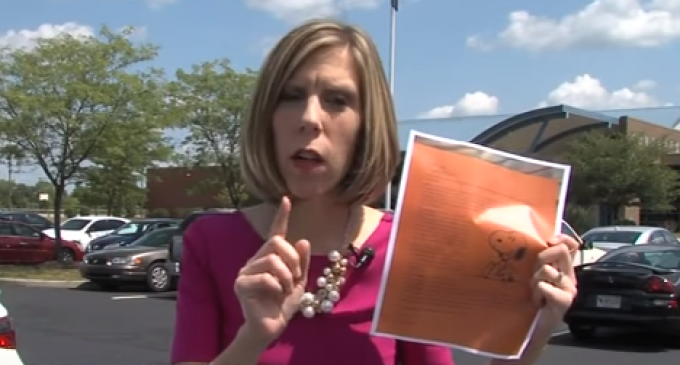 We have to accommodate Muslim students. But, Christian students can consider themselves lucky if they don’t get sent home for bad behavior for saying they love Jesus.

Which is crazy considering over 5 public schools have already installed special prayer rooms for Muslim Students, and the law forces schools in Michigan to let students pray to Allah 5 times a day. Yet, no such considerations or accommodations are offered to Christian children these days.

Some of the parents are understandably outraged and calling for attention to be drawn to this horrible attack on freedom of speech in our schools.

Continue to the next page to learn more about this story and how Christian kids throughout the U.S. are being discriminated against