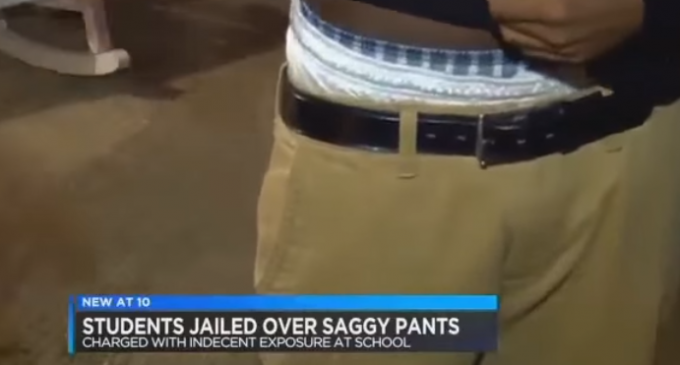 A forty-eight hour lock up is the sentence for two seniors at Bolivar Central High School in Bolivar, Tennessee, who were busted for wearing saggy pants on several occasions.  The two high school students will spend the weekend in the Hardeman County Jail, after being reprimanded many times for “wearing saggy pants in violation of the school dress code which stated “low slung, baggy seat, baggy legged or bell bottom pants are not permitted.”

This is not a stand alone incident, but rather stems from an situation back in early November of 2015, when four students were charged with indecent exposure.  The school seems to be making a strong statement to the student body, that they are serious about the dress code and they will enforce it.

The question is does the crime fit the punishment.  Read more on the next page on how the community and student body are responding.