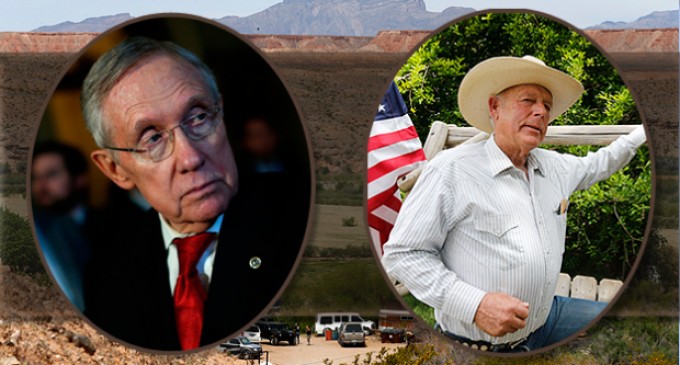 When there are illegal and nefarious activities abounding, there is a wise adage that says to “follow the money.” That is often a reasonable path to discover the true motive for an action or event that may seem to defy a line of clear logic. One of the most glaring examples is the out-of-proportion bullying by the Bureau of Land Management (BLM) as it has sent huge forces of armed federal agents to force farmers and ranchers off of remote parcels of land in Nevada and Oregon.

In the case of Cliven Bundy, the agency started grabbing cattle from the rancher because of a disputed fee for grazing his cattle on “federal land” in Nevada. There is a very clear argument to be made that the federal government is not constitutionally permitted to “own” huge parcels of the United States, which in the case of Nevada amounts to almost 80% of the entire state land mass. But there are no doubt thousands of ranchers also running their cattle on federal land for grazing purposes, and the question arises regarding why the heavy hand of the federal government would come down on this one elderly rancher in Nevada. Just follow the money.

In the protest that blew up in January of this year, the conflict had to do with a trumped up arson charge against two ranchers who had burned some of their ranch to clear weeds to make it more productive. The fire spread to “federal lands,” and though the ranchers extinguished the fire without help, and the land, including the federal land, is now more productive than ever, the government insisted on jailing the two ranchers for five years. The ensuing protest by other ranchers led to the death of one of the rancher leaders caused by federal or state agents, with the video of the death showing that it was simply an execution. Once again, the question is why this was a cause for which the government was willing to murder a citizen? The answer once again is to “follow the money.”

See the money trail on page 2: