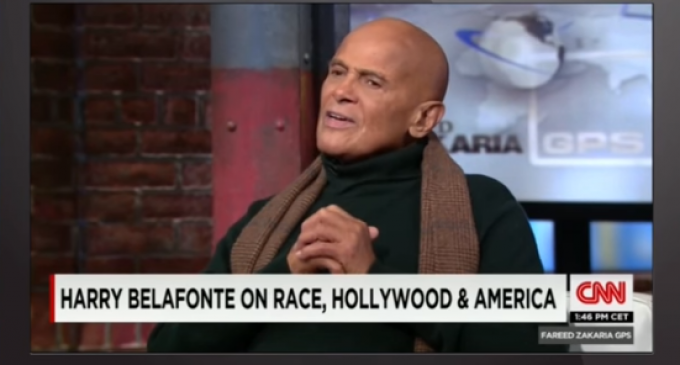 According to entertainer Harry Belafonte, all right-wing voters are racist. First of all, Belafonte hasn't exactly been relevant since the '60s. Because of his recent endorsement of Bernie Sanders, the media has suddenly remembered he exists. In a recent interview with CNN's Fareed Zakaria, he said that the election of President Obama shocked a lot of racist forces in this country, and by racist, he meant anybody who did not vote for him.

From that comment, Belafonte went on to say the “right-wing movement” in America has gerrymandered voting districts and once again put black people at the doorstep, creating new racist definitions and practices. He ten claimed that what was achieved in the Civil Rights Movement has now been reversed.

Read a piece of Belafonte's interview on the next page.