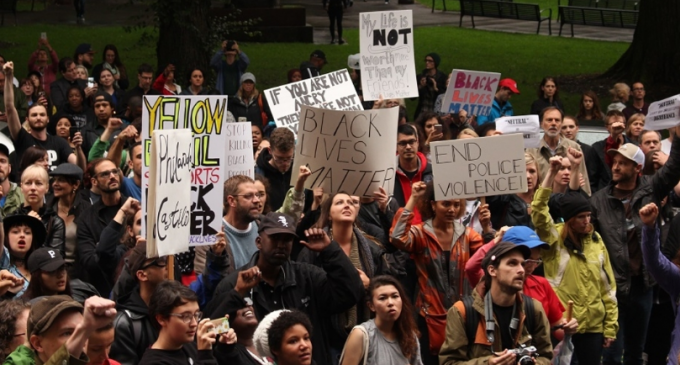 First Amendment guarantees regarding political speech are not dependent on people participating in the political process by voting.  That's obvious.  That said, for people to engage in politics while not bothering to vote is rather inconsistent, to say the least.  Maybe some of them are more interested in stirring things up than working within the system to effect change?

While the most contentious and vicious of any election in memory is finally over, the aftermath is still going strong at the time of this writing.  Protests — peaceful and otherwise — have broken out in numerous cities, as people express their disappointment and rage over Mr. Trump's victory.