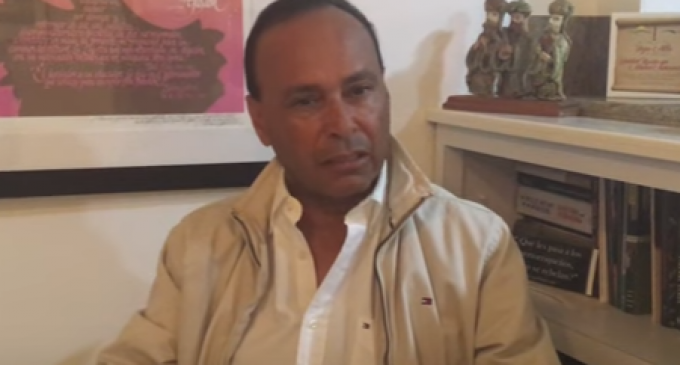 And no his tantrum wasn’t over his mommy telling him no, it was his metaphorical political father, President Trump.

To liberals, honoring the Constitution is akin to eating green beans. You can think of this allegory as being a divorced household, with the left being the indulgent weekend mother, and the right the strong protective father.

Mommy Hillary lost the custody battle and little Luis is not taking it well.

Daddy Trump is forcing him to accept the fact that men sometimes have to make hard decisions and DREAMers aren’t all they’re cracked up to be on the fake news.

But telling little Luis that fake news isn’t real is like telling a child Santa Claus and cartoons aren’t real. The only difference here is that Rep. Luis is already an adult baby and unable to deal with reality, that or trying to usher in the New World Order. Yes, a New World Order. That is what all this fuss surrounding ending DACA, open borders, and hating President Trump is really about.

Rep. Gutierrez is a pawn. He is being used as a political weapon in his parent's custody battle. Mommy Hillary and all her allies can’t forgive Daddy Trump for seeing through their destructive manipulative tactics. So, in true Hillary fashion, they keep fringing ignorance “What Happened” as they continue full speed ahead with their evil plans.

DACA was an unconstitutional program only achieved through former President Obama’s blatant disregard for democratic processes. President Trump pointing out open borders, abandoning the Constitution,  and pushing legal citizens to the side in favor of illegal aliens is bad, well is very bad news for Mommy and her alliance.

That is why they must still turn this into a win against Daddy Trump, through any means possible. Because if people find out what Mommy and her former black boyfriend Barry were doing to this country and how they've been manipulating little Luis, well they’ll lose custody for good.

Mommy Hillary and Barry have put little Luis up to something very very bad in order to try and defame Daddy Trump. Continue to the next page to watch the infuriating video of little manipulated Luis calling for all the liberal thugs to gather in the streets in a non-peaceful manner to “surprise” Daddy Trump. It is beyond sad. Head on over to see the video.