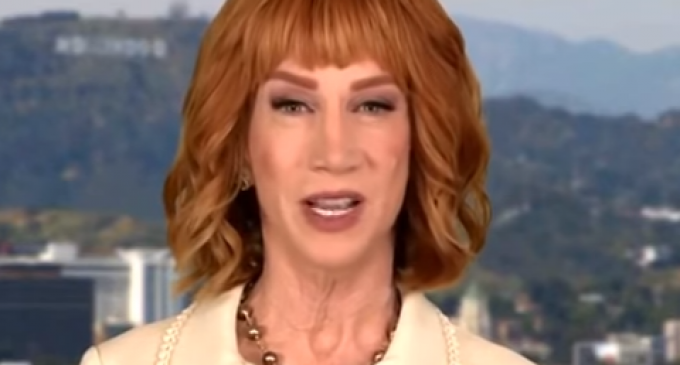 Kathy Griffin is planning a major comeback following her self-described fake “forced apology” to President Trump for holding up his bloodied decapitated head.

Griffin is desperate for attention. But, the only attention she really needs is that of mental health professionals. The poor lady truly seems to be mentally ill and self-admittedly described in a recent interview how she literally feels forced or “obligated” to attack the President.

The Secret Service has already investigated her last stunt. But, maybe they should keep active tabs. This is the lady who tried to orally fondle Anderson Cooper’s genitalia and turn him straight on live national television, AGAINST HIS WILL. If she were a man she would be a registered sex offender and perhaps still in jail. Proof of this is on the next page.

One wonders if she also felt “obligated”, and if she often feels such depraved predatory and violent urges. If so she is indeed a threat to many, not just the President.