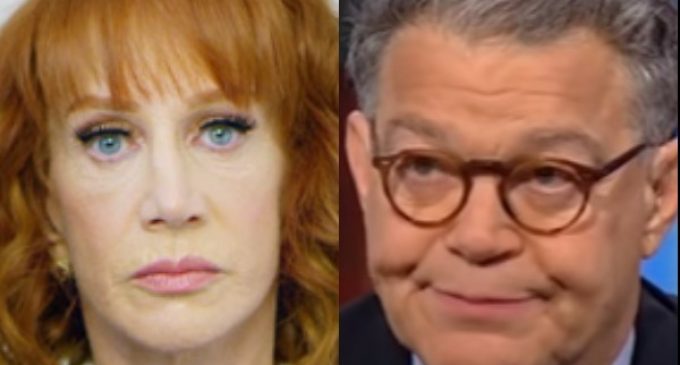 The sickening image of has-been comedienne Kathy Griffin holding up what looked to be the severed head of President Donald Trump proved too much even for Satanists to handle.

But not Minnesota Senator Al Franken.

Appearing this morning on CNN’s “New Day”, Franken defended his friend in an interview with host Alison Camerota. A typical Democrat, Franken showed left-wingers always stick together, no matter what.

At the same time, The Church of Satan responded on Twitter to a tweet by Mike Cernovich, in which he referenced the image as a “Satanic-ISIS death threat.”

The Satanists tweeted back, “Please do not include us in this.”

In her desperate ploy to seek attention and generate publicity, Griffin had to admit she’d gone too far in a lame, half-hearted apology once the image hit the airwaves. No apology was made directly to the president and his family.

Find out how the Trump family have responded, see watch a video of Franken doling out pathetic excuses and the fallout for both Griffin and CNN on the next page.