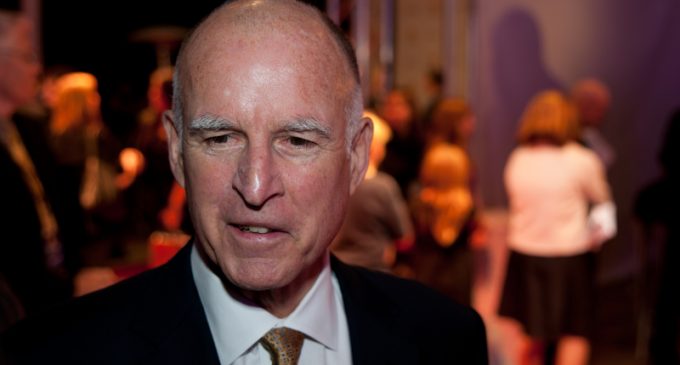 California Governor Jerry Brown had a brief moment of clarity today, amid his usual onslaught of incoherent leftist blabber. According to “Governor Moonbeam,” his state's taxpayers are a bunch of “freeloaders.”

It's an unusual statement coming from the liberal governor of the the highly-taxed state. His party, bolstered by a super majority in the legislature, has been asking for giant expansions in government services for decades. Earlier this year, they managed to pass a massive gas tax increase in order to pay huge amounts of money to the state's pension recipients.

Considering how much his administration is willing to give to its people, Brown's comment, that they are a bunch of “freeloaders,” appears inconsistent with his party's message.

But don't get too excited. His characterization of California taxpayers may be correct, but it's for all the wrong reasons.

See why he thinks his constituents are freeloaders on the next page: