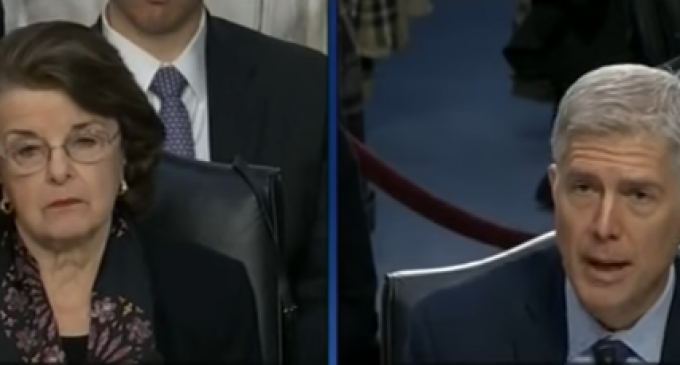 Last year, Senate Republicans played a dangerous game with the Supreme Court. This year, it seems to have paid off in more ways than one. They're getting the pick they wanted — and they're aggravating their liberal colleagues in the process.

When Antonin Scalia unexpectedly passed last year, the bench faced a predicament it had avoided for decades. For the first time in several administrations, the White House had the opportunity to upend the ideological balance of the nation's highest court.

Or, they thought they did, anyway.

Republicans refused to hold hearings for Obama's nominee, Merrick Garland. Instead, they argued that the next president — whoever that may be — should be the one to fill the vacancy. The GOP leadership were betting that the polls were wrong and that Donald Trump would stage an incredible come-from-behind victory.

When he did, all eyes turned to Trump — whose conservative credentials were questioned by many mainstream Republicans for the duration of the campaign.

But if you need proof that Trump nominated a capable constitutionalist to the court, watch him take down California Senator Dianne Feinstein on the next page: