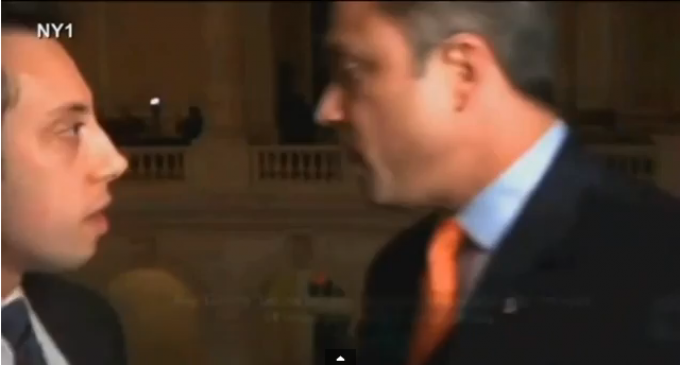 Rep. Michael Grimm (R-NY) responded to questions about campaign corruption by acting like a thug – physically threatening a reporter.

“Let me be clear to you, you ever do that to me again I’ll throw you off this f***ing balcony,” Grimm said.

Gee, think he’s guilty of corruption within his campaign?