With Google Trends we can see which Republican candidate is the most searched for – all the way down to the county. As the party’s first primary debate approaches, just take a look at which candidate garners the most interest.

Certain pockets of the nation – specifically Scott Walker’s home turf in Wisconsin – buck the national trend while entire states, like Arizona, are dominated by Trump inquirers.

Since Google Trends shared the map, dozens of Twitter users have shared their thoughts.

Some think it contains vital information for the Republican Party… 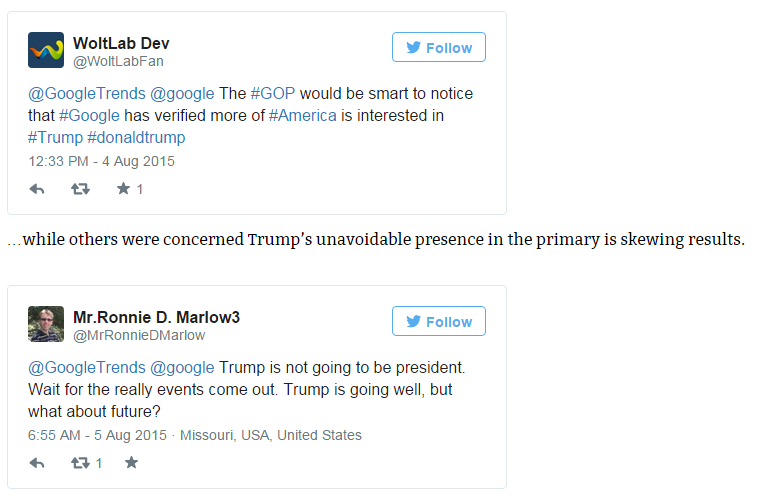 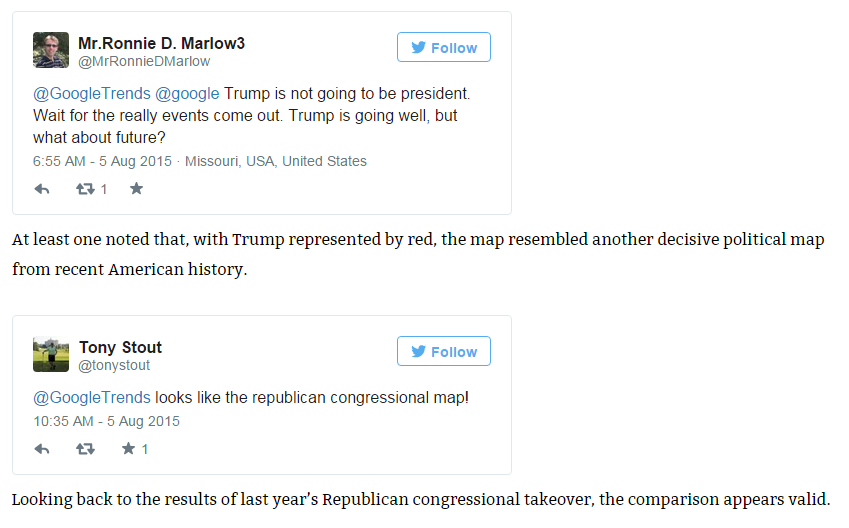 Looking back to the results of last year’s Republican congressional takeover, the comparison appears valid. 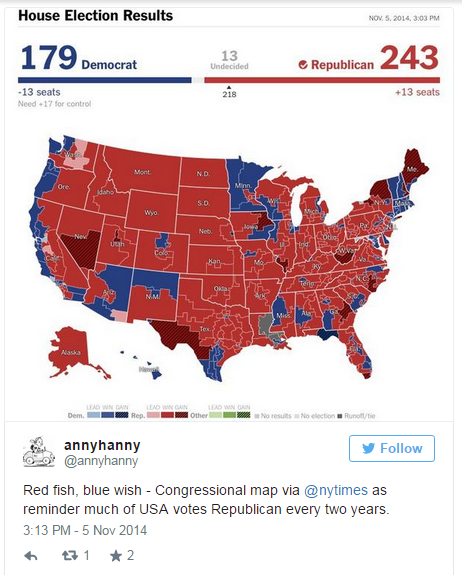