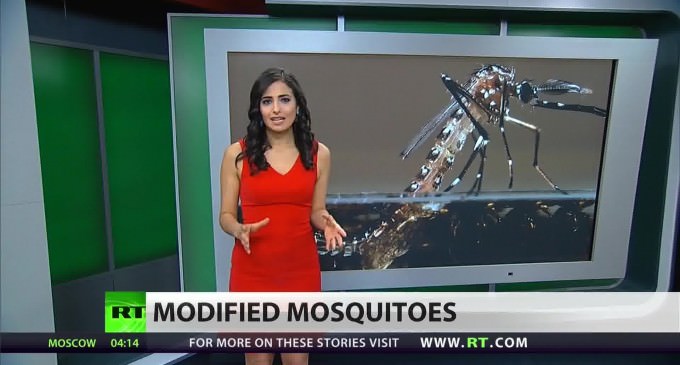 GMO Mosquitos is not a new show on FX, but rather reality that may be coming to the Florida Keys in the very near future.  Aedes aegypti, the mosquito that is responsible for the spread of the Zika virus, has been found in Florida, and thus the push to get these genetically modified mosquitoes released has become of utmost priority, for some.

Oxitec, the British producer of the GMO mosquite, is pushing for the release as well. CEO, Hadyn Parry said, “This mosquito is non-native to the US and difficult to control, with the best available methods only able to reduce the population by up to 50 percent, which is simply not enough.”

According to Oxitec’s website, the process involves injecting a “lethal gene” into either the male sperm or female egg that eventually kills the offspring, according to Truth and Action.

However, not everyone is on board, as some residents of the Keys have collected 160,000 signatures to petition against the release.  There has been bitter opposition by those who are staunchly againt the “genetic modification industry”.

Read more regarding the release of the insects and those fighting against it on the next page.