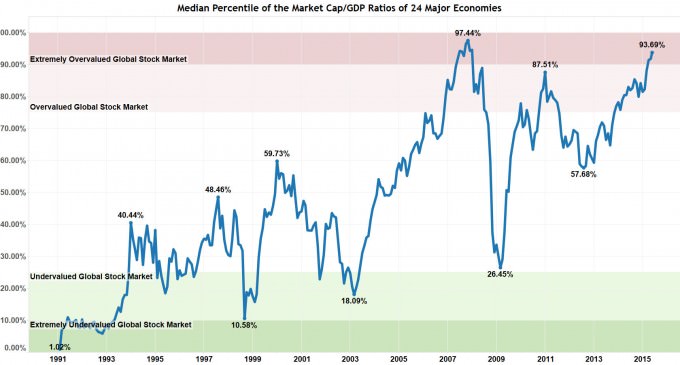 According to a new report by the National Inflation Association, the global stock market is extremely overvalued with levels being right under where we were Oct. 2007. The current valuations are certainly impossible to sustain.