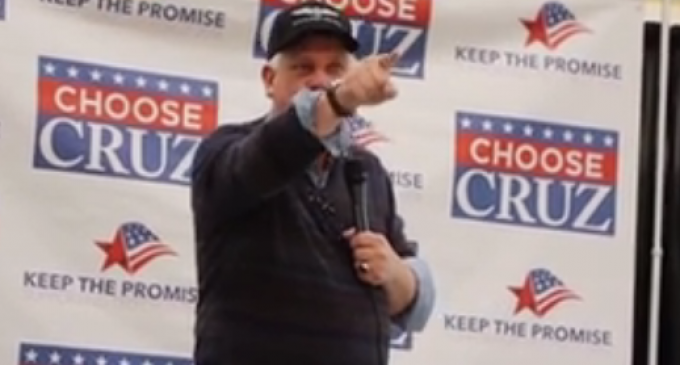 Glenn Beck is suffering from open mouth insert foot disease. Alienating those to whom he should be making his appeal, he has chastised Evangelicals for not supporting Cruz for President.

“All throughout the South the Evangelicals are not listening to their God,” he said at a Ted Cruz rally in Utah.  Most in the audience were Mormon and Beck made his appeal to a shared faith.

“I want to speak to you about something that may be controversial. And it’s not something that I have said when I have been out for Ted [Cruz] and now Mike [Lee]. But it’s something that this crowd needs to hear – that Utah needs to hear. The body of the priesthood is known to stand up when the Constitution hangs by a thread,” reported Truth and Action.

A rebuke came from pastor Robert Jeffress of First Baptist Church in Dallas, Texas.  He said, “However, I am somewhat puzzled that Beck claims to know how the God Christians worship would vote in the Republican primaries.”

Read more of the rebuke on the next page.