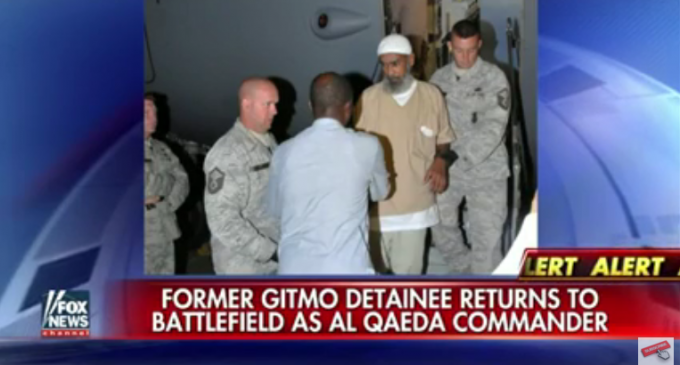 During the 2008 election cycle, closing Guantanamo Bay Naval Base (Gitmo) was all the rage. It never happened.

Despite years of smearing soldiers with accusations of torture and outlawing waterboarding, the Obama administration was not feeling apologetic enough so it started releasing the actual prisoners from Gitmo. These were battlefield captured prisoners of war, so imagine the administration's surprise when many of them started showing up in the combat zone again.

After the first of these incidents, what followed was a series of apologies for our treatment of the Jihadists arrested in Afghanistan and Iraq and there was a short backlash when conservatives said letting enemy combatants go was a bad idea. The detractors were told they were un-American and these were new days where the terrorists will be nice and leave us alone.

In 2010, Ibrahim al Qosi, was handed a plea-bargain and was sent from Gitmo to Sudan.

Read the next page for this Gitmo detainee's story