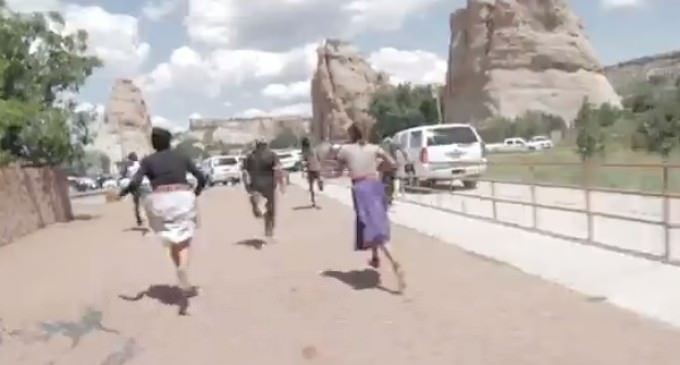 Senator John McCain and Arizona Gov. Doug Ducey probably didn't expect to get chased out of town by thoroughly livid group of angry Native Americans when they visited the Navajo Nation a visit on Friday.

The two out of touch politicians intended to celebrate the Native Americans great contribution during World War II – their indecipherable language helped keep U.S. communications from being understood by enemies.

The protesters had already gathered at the Navajo Nation Museum before McCain's arrival, the video on the next page begin with their waiting for the Senator, and once they realized that McCain and Ducey had shown up, darted outside and literally chased them off their reservation shouting, “Get off our land.”