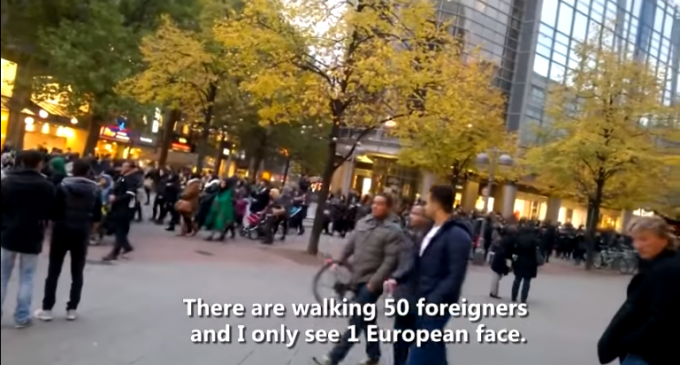 A YouTube video that originated from Germany shows two women watching a long walking line demonstration of Muslims, with their black flag, bullhorns screeching chants in a Arabic language.  The woman engage in a discussion as they watch the demonstartion make its way down a major street in Hanover.

The tone of the language from the Muslim demonstration was chilling, and the two women were scared, discussing Angela Merkel, and her policies that have allowed over 1.5 million Muslims carte blanc into Germany, with many more to follow.

Video with more on Muslim demonstration in Germany next page: