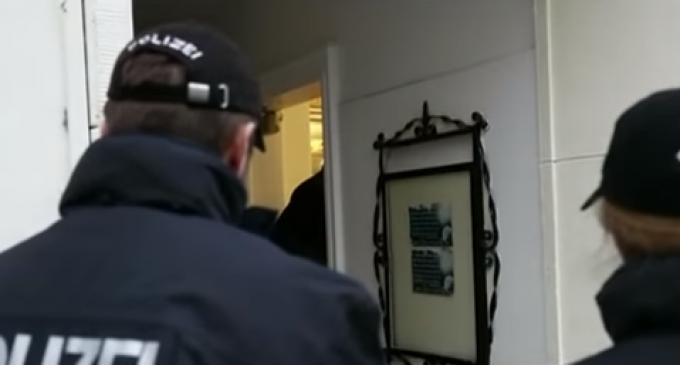 Picture this:  You're home on your couch, playing the latest Xbox sensation or catching up on Netflix originals when a knock comes on the door.  Answering the door, you find two police officers there with clipboards requesting to enter your domicile.  When you ask them for their badges, they oblige.  They really are the police!  “What's this all about?” you ask in growing suspicion.  The inform you that they are Homeless Migrant Placement Officers and they have been sent by the town to inspect your home to determine if it is appropriate for Homeless Muslims from Syria.

“But I live here,” you protest in confusion.  They assure you that you won't be losing a home, but gaining a roommate.

Germans in both Hamburg and Berlin (and perhaps other cities around that nation) are wondering if this scenario will be next for them.  Recently, the question was posed that if people's apartments were too large, would the town or city officials step in to force those people to live with roommates who are Muslim immigrants.

The reason why this question has arisen is because there appears to be a severe housing shortage and the immigrant's encampments are overrun.  It's estimated that in Hamburg alone, the migrant camp is overpopulated by more than 400 people.  The root of this problem has been exacerbated by the fact that Chancellor Angela Merkel has authorized and encouraged, as early as 2015, a mass influx of 2M migrants from Middle Eastern, African, and Asian countries.  The problems that have accompanied this influx actually have their origin in a pre-migrant period.  Hamburg noted a shortage in housing two years before the famous and highly questioned move by the Chancellor.

Despite the fact that this apparently self-inflicted wound of not authorizing enough open housing for the populace that required it, Hamburg went ahead with a very controversial (and some would say, “unconstitutional”) move to deal with the migrant overpopulation in a most outrageous way.