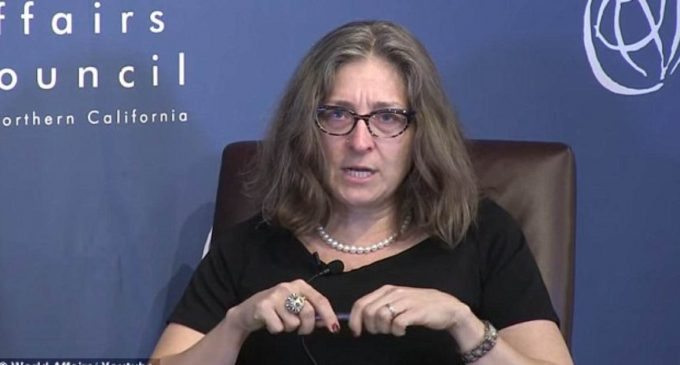 Twitter has suspended the account of Georgetown Professor Christine Fair on Tuesday after she tweeted that the ‘chorus of entitled white men’, referring to GOP Senators and Sen. Lindsey Graham, in particular, deserve “slow miserable deaths” and that their corpses be castrated and fed ‘to the swine.’

“Look at [this] chorus of entitled white men justifying a serial rapist’s arrogated entitlement,” Fair wrote in the tweet. “All of them deserve miserable deaths while feminists laugh as they take their last gasps. Bonus: we castrate their corpses and feed them to swine? Yes.”

The week before, Fair railed against Kavanaugh in a profanity-riddled Twitter tirade, calling the Supreme Court nominee a “rapist” and “perjurer.” She went on to describe the Republican Party as a “f—ing death cult” and “filthy swine.”

See the full story on the next page.