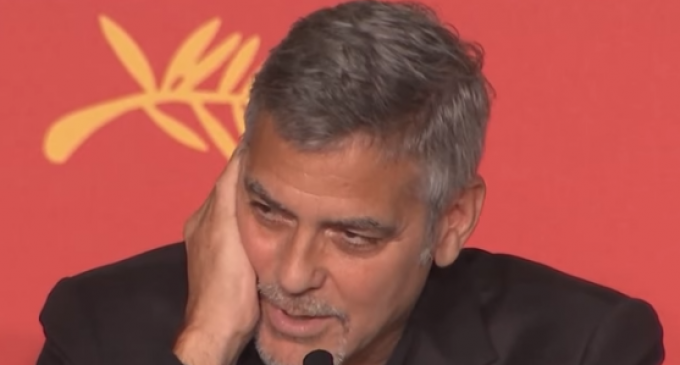 Clooney and Company are Trump haters extraordinaire.  At every opportunity, George or his wife Amai, make predictions and spew hate over a Trump presidency.  Of recent, George has stated that Trump will not be president because fear does not drive the country.

His wife Amai Clooney has her left-leaning opinions about Trump as well.

Amal Clooney, the daughter of a Sunni Muslim, takes exception to Trump’s opinion on banning Muslims from the United States. Truth and Action pointed out that She evidently only heard what she chose to hear of his speech and is now telling the BBC that Trump holds unAmerican values.

This is what she heard Trump say:

“If you actually look at what [Trump] specifically says in that now infamous speech about Muslims, he kept saying, ‘They only want jihad; they don’t believe in our way of life; they don’t respect our system,’” she said.

She continued: “And when he says ‘they’… And, you know, you watch the media coverage afterwards and people should’ve been saying, ‘Do you mean the 1.5 billion people around the world who fit that description? Do you mean the people who are U.S. citizens, who are members of your military, the vast majority of whom are not extremist or violent in any way?’”

Mr. and Mrs. Clooney are fully behind Hillary Clinton and have hosted a fundraiser for her this past April.  Sending out a letter to Clinton supporters, George made this statement:

In a letter being sent out to supporters of Clinton’s White House bid by her campaign, Clooney describes Clinton as a “voice of tolerance and experience” and attempts to besmirch Trump as a racist Islamophobe who wants to commit “war crimes”, wrote Truth and Action.

Check out the Trump-hate on the next page.