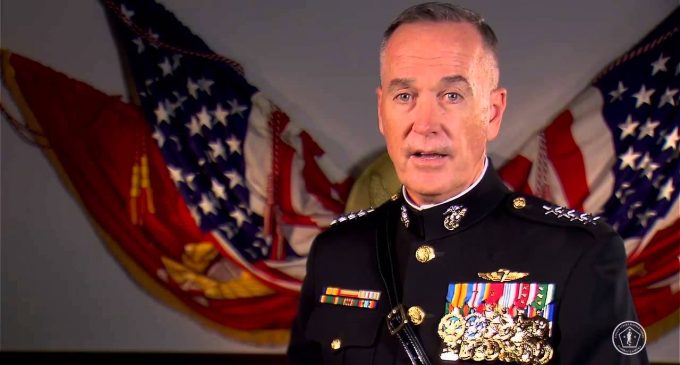 The hostile feelings going around seem to be spreading to the military, so much so that the brass have had to go out of their way to address them.

Thanks in no small part to the condescending rhetoric of President Obama and his fellow liberals, political discourse has plunged to unprecedented depths of hatred and intolerance. Instead of trying to refute the arguments put forward by Donald Trump and Republicans, progressives seek to discredit them by calling them names and claiming that they pose a direct threat to their fellow Americans.

The fruit of this toxic harvest is a highly-polarized environment in which long-standing, non-partisan institutions find themselves embroiled in conflict as they break down along political lines. It's sad to think this is what it has come to, but believe it or not, it may get even worse if something isn't done soon.