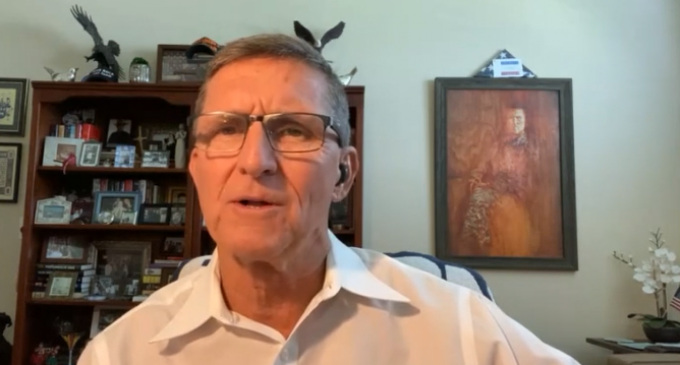 Retired Lieutenant General Michael Flynn, who was head of the Defense Intelligence Agency (DIA), spoke with Greg Hunter of USAWatchdog in a recent interview about the psyop being used on the American people, the 2020 election, the takeover by ‘small minority' of Marxists as well as a financial collapse coming in October.

General Flynn explains, “Transitioning to all the noise that is bombarding the American psyche, it’s all intentional.  Don’t think this is all a bunch of haphazard things that are happening within our country…”

“The bigger 60,000 foot strategic view is that the country is being taken over by a very small minority of people that we call the Left, which are really a group of Marxists and communists who have decided over decades, and this is not just about Trump, have decided now is the time to do it . . . and they did.  They outmaneuvered the Republican establishment during this last November election…

Let’s talk about what’s coming out of Arizona.  Everybody knows this election was stolen.  No way in the world 80 million people voted for the administration occupying the White House—no way…

This is no longer a conspiracy theory about election fraud.  This is a conspiracy alright, but it is a conspiracy within a group of people that stole the U.S. Presidential Election and also stole parts of the down ballot votes, meaning the Senators and Congressmen.”